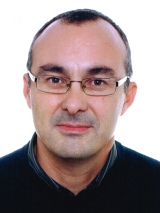 by the Technical School of Architecture of Seville in 1998.

In 1999 I founded Fortes and Ballester Architects office in C/ Colón 10, San Juan del Puerto (Huelva) Spain, with Samuel Fortes Anillo when we won the competition for the urban planning of Carmen Campus of the University of Huelva.

We have also developed urban jobs.

In 2012 we received the Award for the Best Building in the XIX Architecture Awards of the Professional Association of Architects of Huelva and in 2002, 2005, 2009 and 2010 the Mention for Best Private Building.

Despite Spanish architects can work as a civil engineering most of them hire this aspect to others engineers.

I understand that structures are an intrinsic part of the architectural work and therefore from the beginning of my career I have designed, calculated and conducted all of them. The same goes for the facilities and the energy efficiency of the buildings.

During the current year, 2014-2015, I had been hired as a Structures Design and Calculation Lecturer by the University of Huelva, in the Mechanical, Mining and Energetic Engineering Department.

Also, in 2014 I worked as a teacher by the EOI Foundation (Ministry of Industry) in a course about Building Innovation.

In 2013 I published ‘New Building Systems’

As a result of that research I became an Industrialized and Sustainable Architecture expert.

In our office, several years ago, we changed CAD tools from BIM ones, which allow a comprehensive management of the building, creation of infographics and exchanges to other applications.